Robinvale creating an inclusive environment for all 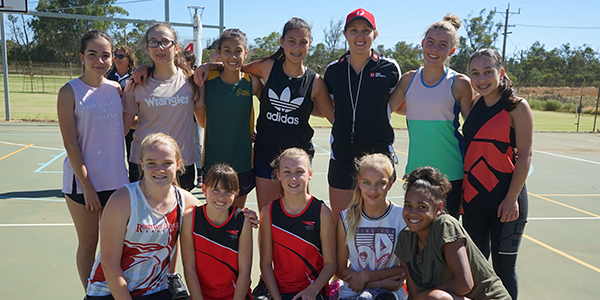 In the small town of Robinvale on the Victorian/New South Wales border, the Robinvale Euston Football Netball Club has been awarded an Australia Post One Netball Community Award for their efforts in welcoming players from all cultural backgrounds, and in turn, enriching their local community.

The club actively encourages participation from all social and economic backgrounds by providing flexible payment processes, uniforms free of charge and offering assistance to parents unable to pick up their children due to work commitments.

While receiving the award is an honour for the club, president Tennille Follet believes the welcoming environment is essential, particularly in their diverse community.

“We have a multicultural society, so it is not that we do anything extra; we just make sure we accommodate the needs of everybody in the community,” said Follet.

“If you love playing the game, that’s what is important to us.”

As part of their prize as a Community Award winner, the club was paid a visit by Melbourne Vixens midcourter and Australia Post One Netball ambassador, Khao Watts who ran a preseason clinic for the players.

The visit was an incredible opportunity not only for the players, but for the club who were able to showcase to the community the impact they have on these players’ lives.

“Khao’s visit was a chance to celebrate our work in a public way; it really made us feel special.

“The visit and public awareness really highlighted to the netball community, and the rest of the area, that we are doing an excellent job at being inclusive and celebrating our diversity,” said Follet.

If you know someone in your community providing safe and inclusive netball environments, you can nominate them for an Australia Post One Netball Community Award in the coming months.