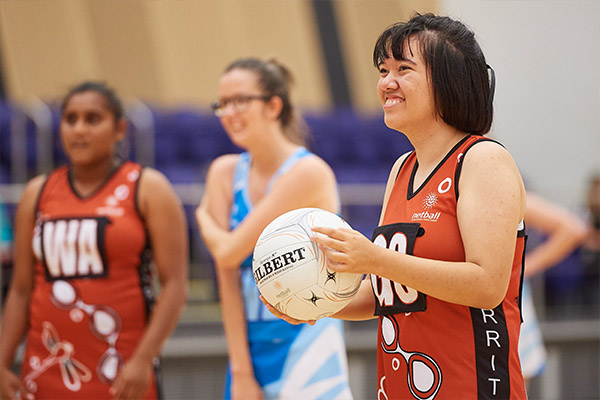 The MLS finals will be showcased on the final day of the competition ahead of the Constellation Cup game between the Samsung Diamonds and New Zealand Silver Ferns on 7 October.

Introduced in 2013, the Shield recognises Little’s dedication to improving the lives of people with an intellectual disability through the power of netball.

The competition provides women with an intellectual disability the chance to compete and represent their state at a national level.

The event is an important feature on the annual Australia Post One Netball calendar, alongside other national diversity and inclusion programs.

Australia Post is the Community and Social Inclusion Partner of Netball Australia, and together we have partnered to deliver the Australia Post One Netball Program (One Netball) since 2014.

The program aims to engage Australia’s increasingly diverse communities with the sport of netball and the message that everyone, regardless of background or ability, is welcome.